The UPA government’s decision to confer the highest civilian Award to Sachin Tendulkar has triggered a much anticipated row.

There is absolutely no doubt that Sachin deserves this honour for his contribution to Indian Cricket, but I feel it was more to lure some ‘cricket fanatic’ voters than to honour the game’s best Batsman ever.

Pillai (Dhanraj Pillai, of course.), asks the Govt. at centre to explain why it was not given to Major Dhyanchand. His plea was then supported by people from Janta dal United, who went on to say ‘For what did Sachin get this honor, he was paid for his game!’

BJP, the principle opposition party, didn’t miss on the opportunity as well. They went on to demand a Ratna for Mr. Vajpayee.

The former allies of BJP, National Conference and JDU looked like were in support of the BJP. 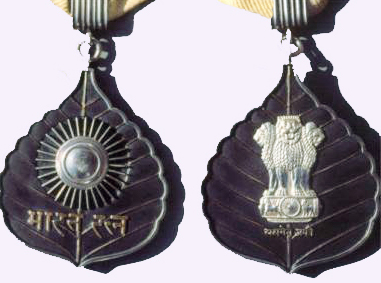 BUT WHO IS BHARAT RATNA?

Bharat Ratna is awarded to individuals who have worked selflessly for betterment of the society, may it be social work, politics, education, economics, Science or Music. Recently sports was also included (no official announcement but as Sachin has been conferred with this prestigious award, the cabinet must have decided upon it.)

Many people of tall stature who have done exemplary work in their respective fields find their names in this elite list of notables.

In my personal opinion, not to offend anyone, every Martyr on the border is a Bharat Ratna. he need no medal or certificate for this. Those Doctor’s in remote villages serving humanity for no monetary interests are Bharat Ratna. Those youth who have left their illustrious career to work for betterment of Society are Bharat Ratna.

Well Well Well. Sachin and Dr. CNR Rao are Bharat Ratna this year. We may say anything but the reality won’t change.

Let’s just hope it’s Major Dhyanchand, the wizard with the Hockey Stick, and Mr. Atal Bihari Vajpayee, one of the most eloquent poets and statesman of India, for next year. Petrol Prices are hiked once again. Not 2 or 3 rs. but by 10%. Petrol is one of the basic necessities of the common man. That’s why the previous governments kept it under their control. But this 21st century government which still thinks as they did in the 70’s, doesn’t seem to be reacting  to situations as fast as possible.

In this era of fast paced competition among countries, our government is still very slow as it was in the 1970’s. When it comes to increase MP’s salary or MP allowances the government and parliament is quick to react. We are so bound by rules that the ministers still utter these words ” I beg to lay the papers mentioned against my name”..The British parliament , from whom we have adopted the parliamentary structure has changed a lot over the years but we are still stuck with those old ideas and infinite number of rules.

The present government of UPA II has lost its right to be in the government as they don’t bother about the people anymore. But the opposition doesn’t seem to have unanimity and there is lack of leadership in NDA and the Left parties. This is the sole reason that this government is still in power. After the success in its first tenure, UPA-II is struggling with the problems within itself. Feud between heavyweight ministers, charges of corruption, Anna’s Movement, Dispute of congress with its allies, Mamta’s Dominance, Manmohan Singh’s weakness and many more.

The effect of governance is such that people are thinking of Dictatorship as an option. The likes of Kamadi and A. Raja are polluting the sacred temple of Democracy. People like Mayawati, Lau Prasad, Mulayam Singh are at the mercy of CBI.But the age old Law proverb comes into effect “Innocent till proven guilty”. Its unfortunate and ridiculous that Arvind Kejriwal and baba Ramdev has to tell people that the parliament house is full of criminals!..

The only thing which can improve system to some extent is the involvement of youth from al parts of the nation. i am sorry to say But Rahul Gandhi is just a namesake ‘Gandhi’. He cannot be the leader we want. People look upon him as the next Rajiv Gandhi but unfortunately Rahul has to see more struggle in Life. He is in his 40’s and 5 years from no he will no longer be the kind of Youth Leadership we want. There is urgency of taking fast actions with the elder people giving in all their experience and advice. Kolkata Knight riders team may be an example , just kidding.