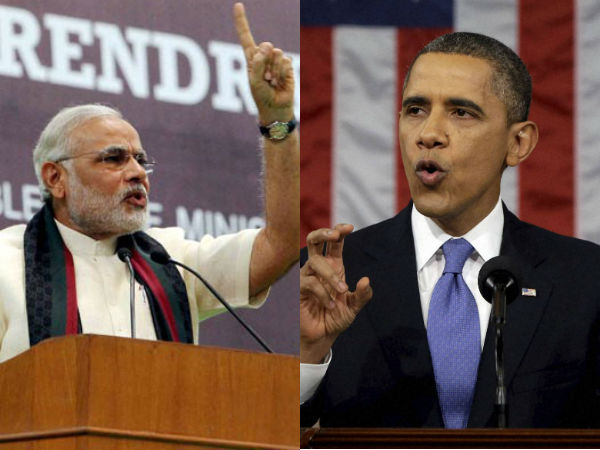 The BJP’s landslide victory in the recent General Elections have been the fruit of the tireless efforts of the party’s PM nominee, Shri Narendra Modi.
But somehow, you can’t overlook the similarities in Obama and Modi’s campaigns.
Obama is a very good orator, highly energetic and accepted by the public as the symbol of ‘change’. Same goes with Narendra Modiji.
Modiji was nominated as party’s PM candidate to suit the style of campaign which originally President Obama had adopted in 2008.
Obama promised change for the American people after USA was struggling with economic crisis. So did NaMo in 2014.
His (Obama) addressed to the people in a very direct manner and so did NaMo.
Namo talks of the pride of the nation and the pride of the Armed forces by targeting Pakistan’s activities on the border. Obama lured the army men by assuring the return of US forces from Iraq and Afghanistan.
After the win, both the leader thanked the public for their support and gave speech on how they are going to ‘revive’ the nation.
Both leaders were proactive on social media, making direct contact to youth and spreading their word through the internet.
There are many more similarities including Obama’s famous slogan ‘Yes We can!’, but the credit goes to NaMo for the aggressive campaigning. 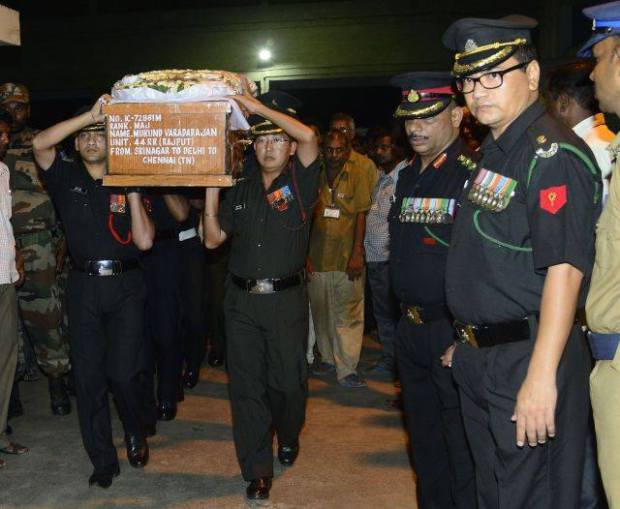 Shaheed maj. Varadhrajan was martyred in an encounter with militants in Shopian region of Kashmir. India takes pride in its martyrs who sacrifice their lives for the sanctity of their beloved nation.